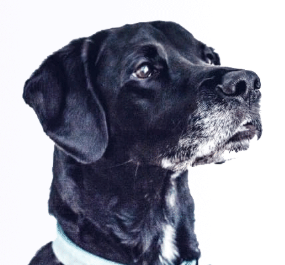 John Goodwin defends in all types of Animal Welfare Cases and currently is representing defendants in some of the Biggest RSPCA cases throughout England and Wales. He has many concerns about the role of the RSPCA as a private prosecutor and particularly the fairness of the initial stages of their investigations. Many clients are unaware when visited by the RSPCA that they do not have to let them into their premises or that the RSPCA has no powers over and above any other citizen. They have no right to insist on interviewing clients in their homes. They have strictly limited powers to seize animals.

His full submission is set out below:

I am a solicitor, a director in the firm of Cohen Cramer Limited, and the head of the Criminal Department.  I regularly defend private prosecutions brought by the RSPCA as do others in my practice.  I also defended in one of the Horizon evidence-based Post Office prosecutions.

The vast majority of our current defence work to private prosecutions is in relation to the RSPCA cases.

One of my main concerns is the pre-charge stage.  The RSPCA likes to interview suspects in their homes and, although they are obliged to advise suspects of the right to free and independent legal advice, a common theme with our clients is the claim that this has not been explained to them fully.  They are therefore interviewed without legal representation and often the interviews are not recorded.  This should change.  Private prosecutors should not be allowed to interview suspects without the suspect having an opportunity to take legal advice.  My submission would be that a system is introduced whereby interviews after RSPCA visits/raids (they do not like them being called “raids”) are not permitted on the day and that those required to be interviewed should have a notice served upon them advising them of the right to free and independent legal advice and that there should be a period, possibly seven days, for them to take advice before interviews are arranged.

So far as warrants are concerned there are many cases we defend where the efficacy and legality of warrants and searches is challenged.  There is a lack of control and scrutiny over evidence that is presented to the Magistrates in applying for a warrant and there are many factual and legal issues that are litigated in relation to the execution of the warrants.  My submission is that to ensure fairness that a full record of what is stated to Magistrates in applying for warrants should be made.  The application should therefore be recorded so that there is an exact record of what has been put forward to the Magistrates.  All warrants that are executed should be recorded on body-worn video and all these recordings both in applying for a warrant and in connection with the searches should be used material and it should be obligatory that they are served on the Defendant and/or their solicitors.

In RSPCA prosecutions very often, and indeed in almost every case, animals are seized from the owners and yet owners are often prevented from visiting them or unfair restrictions are placed on visits.  The animals still belong to the owners who should be entitled to visit them without restriction unless an application is made to the Court for a restriction to be imposed backed by cogent evidence and reasons. If there is any veterinary intervention this should be immediately notified to the owner and consent should be sought and the owner should be invited to instruct a vet of their own choosing to inspect the animal and advise on appropriate treatment.  A protocol would of course have to be put in place.  So far as the investigator’s standards and duties of disclosure are concerned the full code test of the CPS  should be obligatory for all private prosecutors.  There should be confirmation in every case that the full code test has been undertaken and that it is constantly kept under review.

So far as disclosure is concerned urgent consideration should be given to a system whereby a disclosure officer is appointed to review the material as to whether it be used or unused and as to whether unused material should be disclosed and the person responsible should be independent of the organisation prosecuting and independent of the solicitors who are appointed to prosecute.  Careful consideration must to be given as to who the disclosure organisations are but I have grave concerns as to the efficacy of the disclosure decisions.

Private prosecutors should be disqualified from providing any information about any aspect of their prosecution to the press or on social media. It is regularly, if not invariably, the case with our clients that they complain of impropriety with RSPCA officers and whether such complaints are justified or not the appearance of fairness would be given if disciplinary sanctions applied to RSPCA (and other private prosecution organisations) officials and employees if they in any way alerted any branch of the media for details of their ongoing cases.

The costs of bringing prosecutions by the RSPCA (and other organisations who prosecute animal cases) are often huge.  I have an ongoing case, and permission to mention this from my client, where the RSPCA have explained to the Court that the cost of homing the animals pending a trial is currently over £1.3 million.  Due to the pandemic, the trial was aborted part-heard and might not be listed until next year when the costs will be considerably in excess of £2,000,000.  I have another ongoing case where the costs of housing the animals to a prosecuting local Council are £5,000 per month.  These cases are unique in that they are the only type of prosecution where the exhibits are living and sentient creatures.  Those whom we represent are, to use the vernacular, “scared stiff” of potential costs consequences should they defend a case and lose.  This in itself leads to an inherent unfairness in that they might wish to enter pleas, not out of any true admission of guilt, but because they are fearful as to the severe financial detriment of losing a trial.  In private prosecutions therefore there should be more than an expectation that costs claims are proportionate.  There should be a detailed scale approach to costs.

Reverting to the investigatory stage clients very often tell us that when they are visited by the RSPCA and agree to relinquish ownership of animals whether on a temporary or permanent basis, they have no idea that the RSPCA has no powers greater than an ordinary citizen.  If all such visits have to be subject to full audio and visual recording it should be stressed that there is a requirement for RSPCA inspectors and other employees to explain to those being visited the full nature of their legal powers.  Failure to provide such information should be regarded as such an egregious abuse of process that it should be subject to a statutory authority that it would automatically lead to a prosecution being stayed.  My main concerns with private prosecutions are the raids/visits to my clients in the first instance, the issues surrounding the obtaining and execution of warrants, and the approaches to the public interest and evidential stages and to the issues of disclosure.

I hope these very concise representations are of assistance.  There are only a handful of firms nationally, of which we are one, which defends any substantial volume of RSPCA private prosecutions.  I am acutely aware that representations whether concise or detailed will not get to grips with the level of detail which would need to be considered to introduce statutory or advisory safeguards.  As a director of a firm currently defending in a number of the RSPCA’s largest prosecutions, I would welcome the opportunity to provide oral submissions to the Committee.

I do not approach these issues purely from a Defence perspective.  I have concerns although I have not elaborated on them herein, as to how the Courts approach these cases, their reluctance to accept listing and direction requirements, the priority or lack of priority given to serious case management, and the fact that proposals given in the Queen’s speech to make certain Animal Welfare Act offences triable on indictment should all be given urgent consideration.

I thank you for your attention to these representations

This website uses cookies to improve your experience while you navigate through the website. Out of these, the cookies that are categorized as necessary are stored on your browser as they are essential for the working of basic functionalities of the website. We also use third-party cookies that help us analyze and understand how you use this website. These cookies will be stored in your browser only with your consent. You also have the option to opt-out of these cookies. But opting out of some of these cookies may affect your browsing experience.
Necessary Always Enabled

Any cookies that may not be particularly necessary for the website to function and is used specifically to collect user personal data via analytics, ads, other embedded contents are termed as non-necessary cookies. It is mandatory to procure user consent prior to running these cookies on your website.