Damages for Loss, Stress and Inconvenience in Building Disputes

We are often told by prospective clients in a building dispute that as a result of the dispute they have suffered a great deal of stress and inconvenience and as such should be compensated for this by an award of damages. Dealing with issues relating to a property is undoubtedly stressful however, the question that naturally follows is whether such damages can be claimed, and, if so, what level of damages is usually awarded? 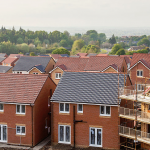 There is a long line of case law which has established that a Claimant is entitled to general damages for distress and inconvenience suffered as a result of a breach of contract (see Watts v Morrow, Ezekiel v McDade, Hoadley v Edwards). In the context of cases involving breaches of contract for the provision of building works Akenhead J in Axa Insurance v Cunningham Lindsey distilled four points from these authorities, namely:

Two recent Court of Appeal decisions have affirmed the approach taken by the Court in Axa. In West v Finlay & Associates, defective renovation works led to significant damp, defective flooring, mechanical and electrical services resulting in the West’s having to move out of the property for around 18 months whilst remedial works were carried out. The Court of Appeal awarded of £2,000 per year and £1,500 per year for Mrs and Mr West respectively and £500 per year for their young child. The Court noted that these awards reflected the fact the whilst the distress and anxiety caused was undoubtedly significant (particularly to Mrs West) it was not at the very top end of the scale.

In Vyas v Goraya the Court of Appeal reiterated that “in West it was held that an award for distress and inconvenience in circumstances similar to those under consideration here should not ordinarily, in the absence of particular physical symptoms or illnesses caused by the breaches, exceed £3,000 per annum.”

The position of the Court is therefore clear, in the absence of evidence which demonstrates someone has suffered particular physical symptoms or illnesses as a result of a breach of contract in a building dispute, then the maximum that will be awarded is £3,000 per annum. This figure would only be awarded for the most serious cases.